Harnessing
Clean Energy
from the Sun

The SunGas gasification process produces at industrial scale clean, tar-free syngas essential for the production of gaseous and liquid biofuels, and biochemicals.

The SunGas gasification island provides the reliable and clean syngas needed to ensure biofuel production facilities meet their production goals by reducing down time and eliminating unwanted tars or oils.

SunGas is accessing biomass conversion, gas quality, clean-up, and processing know how and technologies from GTI 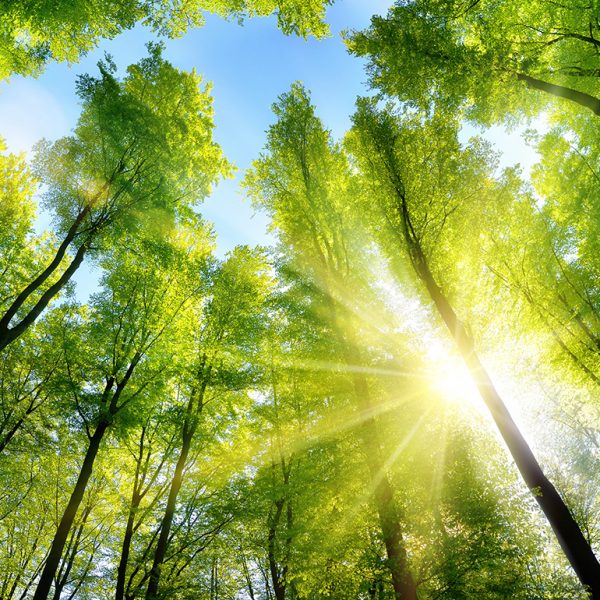 In support of a partnership with Maersk, SunGas announces the development of multiple US based production facilities that convert sustainably sourced forest residues to green methanol.   Houston, Texas and...

SunGas Renewables is excited to provide gasification technology to support Mote in developing the world’s first carbon removal project converting biomass to hydrogen! The project will be located in Southern...

We welcome your inquiries for development of project opportunities or additional information.

Mr. Rigdon brings decades of executive leadership to SunGas and has unparalleled experience leading the deployment of gasification systems globally.

From 2008 to 2020, Mr. Rigdon held executive leadership positions including the President and CEO at Synthesis Energy Systems, Inc., (SES) where he was responsible for overseeing the commercialization, implementation, and operation of SES’s gasification projects worldwide.

Prior to SES, Mr. Rigdon held senior positions in GE’s gasification business in a variety of capacities, and held positions of increasing responsibility in chemical manufacturing operations and development, construction, and start-up of large-scale facilities at Texaco. He has a Mechanical Engineer with a B.S. degree from Lamar University in Beaumont, Texas.

Dr. LaMont is a recognized expert in thermal conversion energy technologies and has nearly two decades of experience in technology assessment, deployment and financing. Most recently, he led the technology commercialization group at GTI that created and spun out SunGas. Previously, he worked for 10 years in the global energy business for ConocoPhillips, leading efforts in business and technology analysis, large scale technology deployment and strategy and planning. He has also held roles in in two hydrogen and fuel cell technology startup companies. Dr. LaMont has a Ph.D. in chemical engineering from Washington State University and an MBA from the Kellogg School of Management at Northwestern University.

Mr. LeFevers leads SunGas Renewable’s business development activities and has a 30-year career in the energy business working for a an Illinois utility focused on alternative fuel use in transportation, with Gas Technology Institute (GTI) in project and program development and with a privately held waste company in governmental affairs in Washington DC. Mr. LeFevers was one of the original GTI staff that helped to create SunGas Renewables which provides to the market a gasification syngas delivery system based on GTI developed technology. He has extensive governmental affairs experience in various States and in Washington D.C. and has collaborated with scientists and engineers to deploy energy technologies in projects throughout the United States. Mr. LeFevers has held various roles in business development and governmental affairs at Peoples Energy, Waste Management and GTI. He also led development and project efforts for a site-specific engineering design for an RNG production facility fueled by wood wastes. Mr. LeFevers has a BA in Speech Communication and MA in Organizational Leadership.

Mr. Kramer brings critical experience to the SunGas team with his years of experience directing the design, installation, and operation of U-GAS® gasification technology, which is the core technology in SunGas’ fluidized bed gasification product.

As Senior Director for GTI, he has overseen all aspects of design, installation, operation, and maintenance of GTI’s pilot-scale gasification and related facilities including fuel feeding, gas feeding, syngas cleaning, conditioning, and end-use systems. Mr. Kramer has deep knowledge of multiple gasification technologies using a variety of woody biomass feedstocks, and has been involved in integration of gasification technology in gas-to-liquid conversions processes, including the TIGAS™ (Topsoe Improved Gasoline Synthesis) process, Fischer-Tropsch, and methanation systems.

Mr. Kramer was also responsible for corporate safety at GTI. He has a bachelor’s degree in chemical engineering from Tri-State University in Angola, Indiana.

Mr. Keeler is the Vice President Product Line Management and Business Development and brings a wide range of leadership, technology, and operations experience in the gasification industry to SunGas.   Previous to his role at SunGas Renewables, Mr. Keeler was a Sr. Gasification Advisor to Reliance Industries during engineering, construction, start-up and operation of the world’s largest gasification facility in India.

Prior to his role at Reliance, Mr. Keeler held senior positions at CB&I, Phillips 66 and ConocoPhillips for commercialization, technology development, and licensing of the E‑Gas Gasification Technology.  He was the operations manager at the Wabash Gasification facility. Prior to Wabash, he worked in Dow Chemical’s Energy Research group where he was instrumental in the development and advancement of Dow’s Gasification technology. He holds a bachelor’s degree in Chemical Engineering from the University of Utah.

Mr. Lane brings a broad range of experience and leadership in the commercial operations role at SunGas Renewables. Prior to joining SunGas, Mr. Lane led Rolls-Royce’s marine business in the Americas and served as its legal counsel. Mr. Lane started his career as a service engineer with Wärtsilä, attending power stations and ships around the world. After attending law school, Mr. Lane worked as a criminal prosecutor in Florida and then joined Rolls-Royce as legal counsel. Mr. Lane has a degree in marine engineering from the United States Merchant Marine Academy and a law degree from Florida State University College of Law. Mr. Lane is a member of the bar in Texas and Florida.

Terry Hughes grew up in central Florida whose father was a lifelong chemical plant operator. Terry was very hands-on from an early age and had a high interest in electrical and mechanical things, specifically. This interest and aptitude were commercialized beginning at about age 13 by becoming a residential electrician working with contractors wiring homes independently while not in school. This electrical skill set was solidified with advanced training and certification such that Terry provided round-the-clock electrical and instrumentation service to the Mulberry Phosphate chemical plant. While providing extensive service to the Mulberry plant, Terry also acquired complete process understanding which resulted in his promotion at a young age to manager of instrumentation and electrical service. Terry continued to advance his technical skills and acquired supervisory experience.

Chosen as one of two demonstration facilities by the United States Department of Energy, Tampa Electric built a fully integrated coal gasification combined cycle (IGCC) facility that operated throughout the 1990’s with over 18,000 hours of successful operation at scale proving the IGCC concept. Terry was perfectly suited to begin work with Tampa with his deep understanding of all things mechanical and electrical, complemented with a deep understanding of process, thermodynamics, and physics. While at Tampa, Terry helped the facility to succeed and exceed all expectations by promoting to operations and maintenance leader. Terry was involved with Tampa from concept through successful operations.

Terry became a subject matter expert (SME) by continuing to add to his skillset building on his natural aptitude and interests with his plant experience. In 1999, Terry became an independent SME providing expertise globally to gasification facilities. While traveling to Korea, India, China, Singapore, and several sites within the United States, Terry became very well-known for his troubleshooting, commissioning, and operational expertise in gasification. Terry’s expertise has been leveraged with very large global corporations including Bechtel, Duke Energy, Reliance, Linde, Shell, Exxon, and others. Terry contracted directly with the primary contractor or owner-operator of large facilities to provide high-value guidance regarding plant reliability and operations.

Beginning in mid-2021, Terry has worked directly with SunGas Renewables, a biomass-based, gasification company owned by GTI Energy in Chicago. SunGas has rapidly grown from a startup company with a proven gasification technology to a provider of engineering, equipment, and technical services in the biomass gasification business. Terry is currently Vice President of Technical Services at SunGas Renewables. In this role Terry provides foundational information regarding process controls, commissioning, process flowsheet optimization, training, operations, maintenance, reliability, and all practical aspects of plant operations.

Terry has additional interests and experiences including private pilot, scuba diving, motorcycles, and agriculture. Terry’s has innovative patented inventions to his credit personally, and patents assigned to entities he contracted with. Terry is married to his wife Debbie and lives in Houston, Texas.